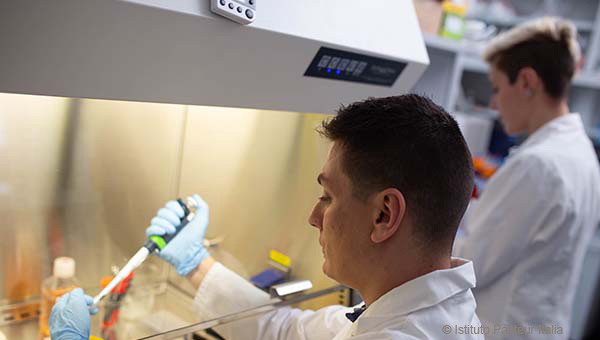 From 28 to 30 November 2022 the Annual Meeting of the Pasteur Network co-organized with the Institut Pasteur Italia will take place at Sapienza University in Rome. This meeting will bring together all directors, scientific directors and researchers of more than 30 Pasteur Network members in the world, located in over 20 countries across 5 continents. The theme this year is “The Start of a New Chapter”, which reflects the recent development of the Pasteur Network aiming for a more inclusive and participative governance.

The inaugural day will take place on Monday 28 November starting at 11:30 in the Aula Magna with the participation of Prof. Antonella Polimeni, Rector of Sapienza University of Rome, Prof. Luigi Frati, President of the Istituto Pasteur Italia Cenci Bolognetti Foundation, the French Ambassador in Italy Prof. Christian Masset, Prof. Silvio Brusaferro, President of the Istituto Superiore di Sanità and Prof. Françoise Barré-Sinoussi, Nobel Prize in Medicine in 2008 and Honorary President of the Pasteur Network.

The keynote speaker of the session “The new vision of the Pasteur Network” will be Prof. Rino Rappuoli, Scientific Director of the Siena Biotecnopolo Foundation who will deliver a lecture on “The miracle of COVID-19 vaccines and the trillion-dollar gap” to illustrate how new technologies and unprecedented public investment have transformed vaccine development and allowed fast delivery of safe and efficacious COVID-19 vaccines, mitigating the impact of the pandemic on health and the economy. A quantum change in public investment for vaccine development and widespread vaccine distribution are necessary to achieve global pandemic preparedness.

An exhibition “From Louis to Pasteur: 1822-1895” will run in parallel to celebrate 200th anniversary of the birth of Louis Pasteur.

On Tuesday 29th and Wednesday 30th, working sessions organized for members of the Pasteur Network will deal with its main strategic priorities such as epidemic intelligence and preparedness, and research and development to support regional manufacturing of diagnostics, vaccines, and therapeutics. The Pasteur Network also supports thecreation of diverse collaborative multi-disciplinary communities of knowledge which will be discussed during a session called “Working Together” that illustrates the leitmotiv of the entire event.

About Istituto Pasteur Italia
Istituto Pasteur Italia, part of the Pasteur Network, is committed to promotion of biomedical research, scientific education and dissemination. The research activity is mainly focused on understanding the mechanisms underlying the biological processes with the goal of expanding our knowledge on the molecular basis of many infectious and non-communicable diseases.
istitutopasteuritalia.it

About the Pasteur Network
The Pasteur Network is a vast human and scientific community with more than 30 members in over 20 countries who together contribute to the improvement of global health. Located in the heart of endemic areas, the Network has privileged access to a large number of pathogens that it monitors and studies on all five continents. This exceptional diversity makes the Pasteur Network a global actor in public health, science, innovation, and education, especially in the fight against infectious diseases.
pasteur-network.org
The Institut Pasteur International Network is evolving and becoming the Pasteur Network (2021)