The influence of the microbiota on childhood undernutrition 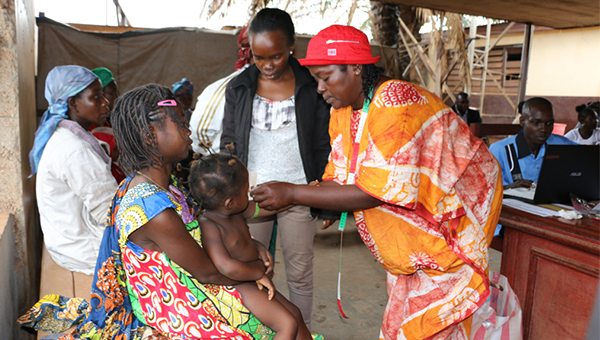 A study conducted as part of the Afriobiota project involving several members of the Pasteur Network, in collaboration with the University of Lausanne, unravels the link between the gut ecosystem and stunting that affects undernourished children. The results of this research that included nearly 1,000 children aged 2 to 5 years between 2016 and 2018 are published in the journal PNAS.

In children, undernutrition – the consumption and/or assimilation of insufficient food to cover the body’s needs – manifests itself mainly through stunted growth. According to the Food and Agriculture Organization of the United Nations, 22% of children under 5 years of age worldwide will be affected by stunting (estimate for the year 2020).

The work, carried out in Madagascar and the Central African Republic on 1,000 children aged 2 to 5 years, showed that more than 80% of stunted children have an abnormal bacterial overgrowth in the small intestine (SIBO). More specifically, these are bacteria initially present in the mouth that proliferate in the small intestine. Using experimental models (cell cultures and mice), researchers have shown that this phenomenon slows down the assimilation of lipids. This malabsorption of fats could partly explain the growth retardation suffered by children.

The influence of the microbiota on childhood undernutrition