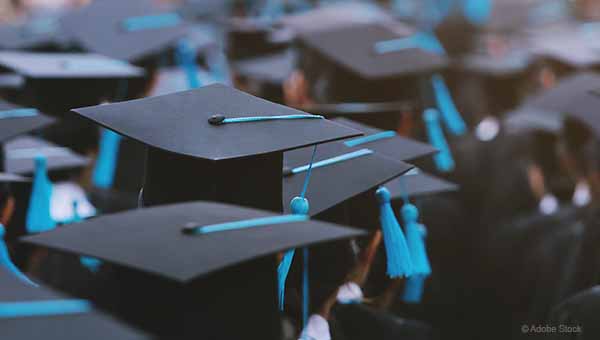 On December 09th, 2022 was held the 2021-2022 Institut Pasteur PhD Graduation Ceremony. Three graduates represented Pasteur Network: Dr Habib for the Institut Pasteur de Madagascar, Dr Lyu for the HKU-Pasteur Research Pole and Dr Modiyinji for the Pasteur Center in Cameroon. After the introductory speech of the guest of honor, Prof. Ugur Sahin, Professor of Translational Oncology and Immunology at the University of Mainz and CEO of BioNTech, all had a few minutes to present their background.

“Always have a goal in life and give yourself all the means to achieve it. Never be afraid of failure but learn from it to move forward”

Dr. Azimdine Habib is originally from the Comoros Islands where he obtained his bachelor’s degree in Life Sciences in 2012. His master’s degree in Fundamental and Applied Biochemistry, option Biochemistry, Biodiversity and Health has brought him to Madagascar. He joined the Institut Pasteur de Madagascar during his second year in the bilharzia laboratory. In 2016, he was recruited as a laboratory technician in the experimental bacteriology unit. In 2017, he began his PhD under the supervision of Dr. Jean-Marc Collard. His thesis explores the link between the composition of the intestinal microbiota and intestinal parasites, especially in children with malnutrition. As part of the “My Thesis in 180 seconds” competition, organized by the Institut Pasteur de Madagascar, Azimdine Habib presented his thesis to a non-scientific audience and won first place in the 2nd edition. He then defended his thesis in December 2021. In October 2022, he joined the BIOMICS technology platform of the Institut Pasteur, also a member of the Pasteur Network, as a research engineer where he is interested in next generation sequencing.

“Practice is the sole criterion for testing truth”

Dr. Huibin Lyu, aka Tomas, has started his research journey at the Guangdong University of Technology in China, investigating the anti-bacterial and anti-tumor functions of Curcumin. This first encounter with research has spurred him to begin his second Master regarding virology and immunology at Guangzhou Medical University. Especially, he focused on cross-reactive monoclonal antibody screening against the influenza A virus. Under a Doctoral Grants Calmette & Yersin scholarship, he joined the HKU-Pasteur Research Pole, member of the Pasteur Network, to carry out his Ph. D. in Prof. Roberto Bruzzone and Dr. Chris Mok’s group. His initial Ph. D. research proposal was a continuation of his master’s degree and focused on the antibody response after the first influenza infection in the newborn and the specialization of the immune system in the mouse model. In response to the Covid-19 pandemic, Dr. Lyu shifted his focus to another virus, SARS-CoV-2, and contributed to a better understanding of the immune response to this virus. In September 2022, he defended his dissertation on the cross-reactions of the immune system to SARS-CoV-2 in humans and mice. Dr. Lyu is now a post-doctoral fellow at the University of Illinois Urbana-Champaign where he is working to identify signatures of human antibodies against different pathogens.

“Science has no homeland”

Study of the prevalence and molecular characterization of hepatitis E virus among animal and human populations in Cameroon: Evaluation of interspecies transmission

Dr. Abdou Fatawou Modiyinji completed his studies at the Faculty of Sciences of the University of Yaoundé 1 in Cameroon. In 2012, he obtained his bachelor’s degree in Biology of Animal Organisms. He continued with a master’s degree in Parasitology and Ecology which he obtained in 2015. He then carried out a PhD at the Department of Animal Biology and Physiology and the Centre Pasteur du Cameroun, a member of the Pasteur Network. His thesis, the first study of its kind in Cameroon, focused on hepatitis E among human and animal populations in the country. In addition to characterizing the genotypes of the hepatitis E virus in humans, it highlighted a high seroprevalence of the virus in both populations suggesting an interspecies transmission of the hepatitis E virus in Cameroon. Abdou Fatawou Modiyinji, author of several publications during his thesis, defended his thesis in July 2022. He is now studying enteroviruses as a post-doctoral researcher at the Pasteur Center in Cameroon.